Changes To Estate Tax Explained In This Week's Wealth Update 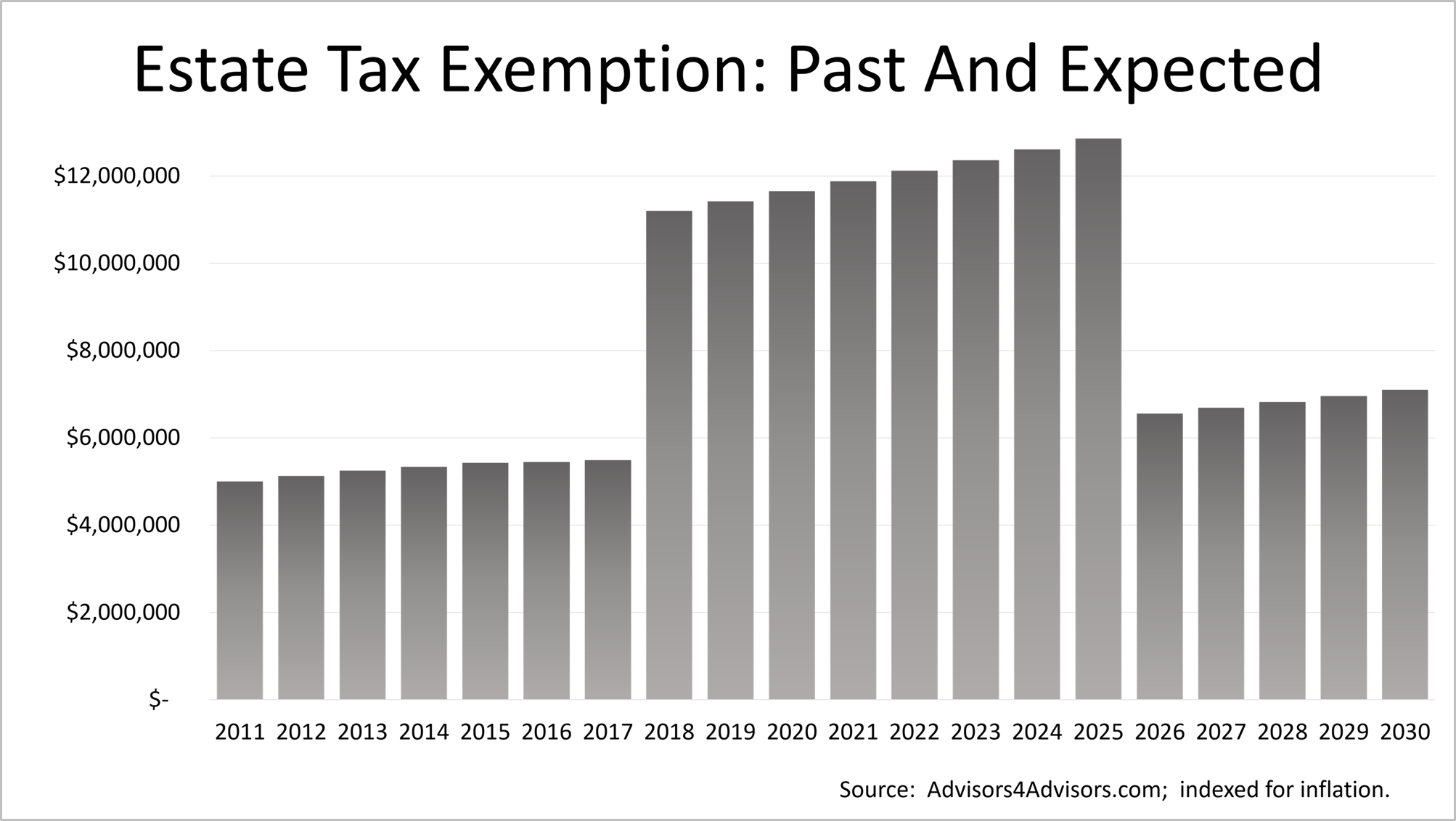 Stocks closed lower on Friday and the details will follow but we begin this week's wealth management report with news about the new tax law. The tax code overhaul became effective in 2018 and brought a lot of changes, but for the estate tax, the most far-reaching result was what did not happen.

Chiefly, you didn't lose the capital gains break on inherited assets when they're sold. For tax purposes, the value of an asset, when sold, rises to its current market-value even though it was originally purchased at a lower price. The result is a lighter tax when an heir sells off stocks or other holdings that were part of the bequest.

For a narrow slice of the population, one weighty thing did happen with tax reform: Very wealthy households received a better deal on how much of their estate is taxable. Their fondest wish did not come true, to be sure, and the new tax law did not kill what is derisively called "the death tax." However, Uncle Sam's claim on inherited mega-money has been shrunk by the new law. Starting in 2018, the exemption for estate tax nearly doubles. The amount that can be passed along to heirs tax-free rises in 2018 to $11.2 million, from $5.5 million for individuals, and to $22.4 million, from $11 million for couples.

Above the new thresholds, the Internal Revenue Service expects to collect 40%. However, an important and favorable new wrinkle increases the exclusion annually by the rate of inflation. 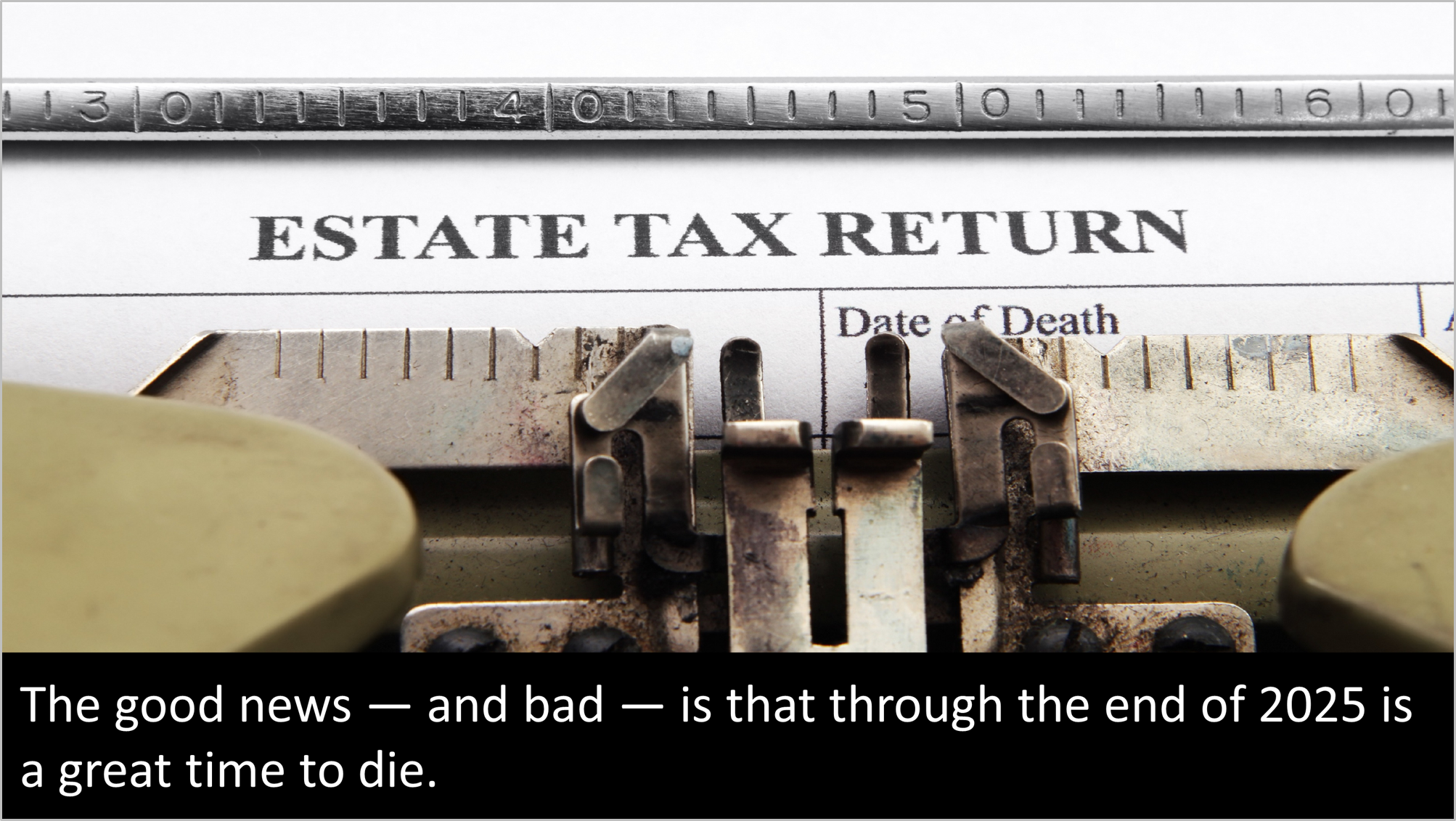 The good news - and bad - is that through the end of 2025 is a great time to die, but Congress could modify the just-enacted rules as soon as 2019, particularly with recent changes in the political climate. Left unchanged, this new part of the tax code is set to expire in 2026.


For heirs, the most important developments are what the House and Senate left alone. Those relate to capital gains and how surviving spouses can structure their own estates, a concept called "portability:" 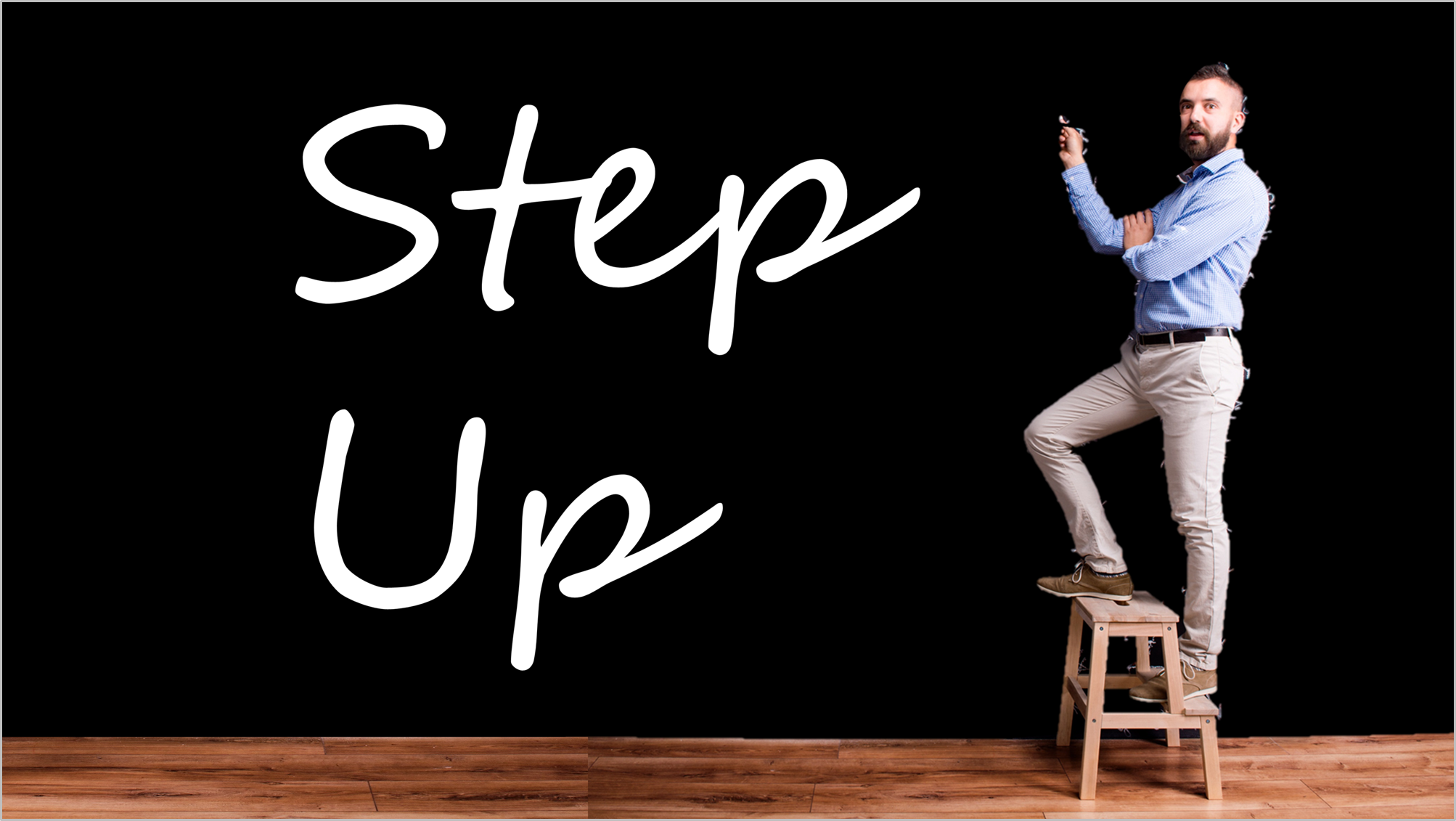 Capital gains. The technical term for this untouched provision is a "step-up in basis." Let's say your father dies and you inherit Apple stock that he bought at $8 per share in 1983, a little after it went public. Today, Apple stock changes hands for around $172. That kind of appreciation usually means a whopping capital gains bill, should you unload the shares to fund, say, buying a new home. In other words, a 15% tax bite on the price escalation of $164 for each of the shares. Thanks to the step-up, the IRS values your Apple shares at $172, rather than the earlier $8 per share. 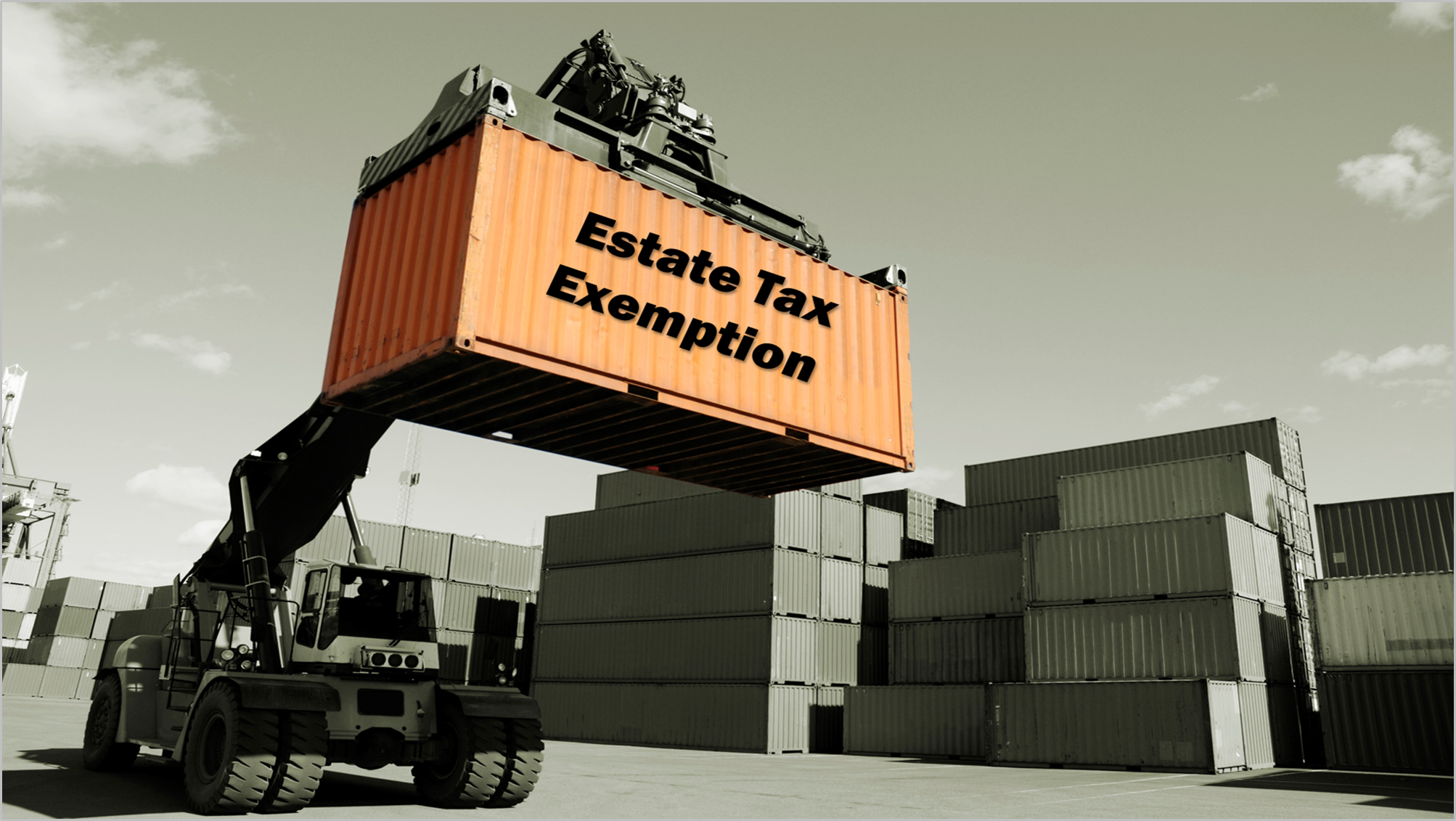 Portability. This is a helpful tax benefit for married couples, which Congress also let stand as is. It permits a surviving spouse to receive the unused part of the estate-tax exemption of the dead spouse. Example: Dick and Jane have an estate worth millions. Dick dies and leaves $3 million of it to his children. Remember that the exemption for one person is $11.2 million. Under the law, Jane can use the leftover $8.2 million for her estate planning. That's a big deal to her beneficiaries. 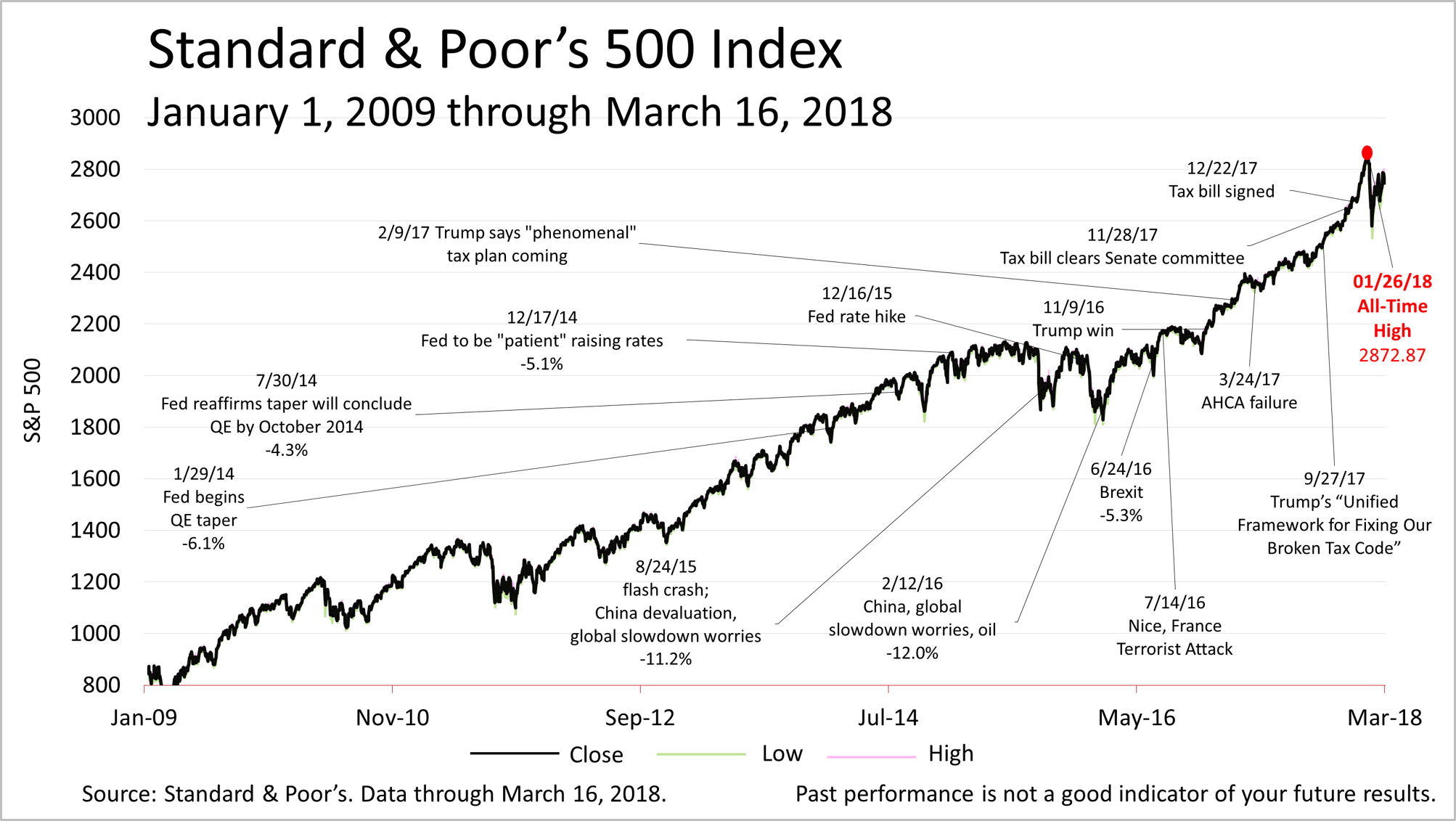 The Standard & Poor's 500 closed on Friday at 2752.01, drifting 1.2% lower for the week after two weeks of strong gains. Stocks are not overpriced but they're also not undervalued, compared with the historical price versus profit ratio, the whopping profit growth expected in 2018 and 2019, and the low inflation rate. Stock prices have recovered from the lows of the double-digit correction in February but remain volatile and susceptible to emotional ups and downs. The underlying economy remains strong, based on growth of real wages and consumer spending.

This article was written by a veteran financial journalist based on data compiled and analyzed by independent economist, Fritz Meyer. While these are sources we believe to be reliable, the information is not intended to be used as financial advice without consulting a professional about your personal situation.

Indices are unmanaged and not available for direct investment. Investments with higher return potential carry greater risk for loss. Past performance is not an indicator of your future results.